Being accepted to a top school in the United States was always the dream for Amara, but because her mother did not attend college and her older siblings opted for the community college route, she had more than a few questions about where to start. Her high school had academic counselors, but because she did not have a particularly close connection with any of them, Amara did not feel that she would be able to ask personal questions or receive individualized help with her applications. With no one in her family able to give her advice, and with her being one of more than 1000 students at her high school, Amara looked for other ways of getting help with the college application process.

Undecided about the first steps, she went on YouTube to search for more information and tips for how she should categorize the schools that she wanted to apply to (reach schools, target schools, safety schools, etc.). During the search, she came across a video about Bullseye, explaining how it could help applicants by pairing them up with mentors who had attended top schools and were eager to share their advice with the next generation. Encouraged by the video, Amara went to the website and had a call with the founder and CEO Brian Mitchell, who was so moved by her story and determination to go to a four-year college that he recommended her to be part of the Bullseye Scholars program.

Through this program, Amara was mentored by Princeton alumna Taylor Morgan. Amara felt an instant bond with Taylor, who had been in her shoes four years earlier. Rather than giving generic tips that could easily be found on the internet, Taylor talked about her experience in subjects that Amara specifically was interested in such as studying environmental engineering and being a member of the varsity track and field team. These subjects may initially seem trivial, but by discussing common interests and curiosities Taylor was able to learn more about Amara’s character and later give Amara recommendations about the personality traits and elements of her story that she should include in her personal statements.

In addition to helping with organizing a list of schools and gathering supplemental documents, Taylor also prepped Amara for her alumni interviews. Because she was also a Princeton volunteer alumni interviewer, Taylor knew the types of questions that are often asked and the best practices for interviewees to know beforehand. According to Amara, the number one tip that she received for these interviews was to have a real conversation with the alumni because sometimes having too many rehearsed answers can make you sound like a robot. As a way to encourage real conversation, Taylor mentioned that she would sometimes ask a random question that the applicants would not have been expecting, such as “If you were a pasta, what kind would you be?”. This tip gave Amara an inside look at how alumni and colleges value sincerity when speaking to or reading essays from people interested in attending their schools.

With a mentor who was willing to listen to her concerns and give detailed answers, Amara felt confident that she was being led in the right direction with completing her applications. In her moments of doubt, Amara reminded herself of Taylor’s advice: don’t lose yourself during this time. As tempting as it is to give the admission committee what you think they want, it is important to remember that you really want to share is who you are as a person. Demonstrating authenticity in your applications not only makes you true to yourself, but it also shows the schools the kind of student that you would be if you were to attend: genuine, honest, and not easily bent under pressure.

Months later when she started receiving decision letters, Amara felt like a weight was being lifted off her shoulders. After four years of obsessing over this moment, she finally had confirmation that she would be going to college and all she had left was to finish the final task of committing to one school. She is excited to say that she will be attending Northeastern University and majoring in environmental studies this fall. She thanks Bullseye for getting her to where she is and says that without it she would not have been accepted to NU since she would not have been able to navigate the application process on her own. She encourages new college applicants to look for mentors who can offer individualized help and will work to get to know their mentees so they can help them share their best selves on paper.

The message that she would like to give future applicants is “You are meant to be where you are meant to be.” Amara knows that it can be easy to get lost in the various lists of school rankings but she wants people to know that regardless of which school they end up attending, they will still have the power to shape their college experience. The determining factor is the attitude that they have when they first step foot on campus.

This success story was based on an interview with Bullseye Scholar, Amara. Amara contacted us for assistance with getting started on the college application process. If you are also looking for assistance and are interested in working with a Bullseye Admissions advisor, click here to schedule a free call. 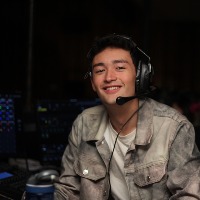 Abbie Sage
College admissions insights you won't want to miss. Delivered to your inbox weekly.
Sign up for our newsletter
SHARE: