Majoring in Rhetoric and the Defense of "Unemployable" Majors

I entered UC Berkeley as an undeclared major. I was so focused on getting in that I never really considered what I wanted to study, something that I regret a little in hindsight. All I knew was that I wanted to learn something interesting, and I thought I would have figured it out by the time I got in. I was woefully unprepared for the daunting task of scrolling through hundreds of different courses from different departments, trying to fit the ones I wanted to take into a reasonable schedule. At the last second, I decided to add a seminar course that Berkeley offers to undeclared freshmen, the description of which promised to help us choose our majors by bringing alumni from all different departments to come speak to us regarding their experiences.

If you would like help with writing your personal essays or have any questions about applying to college, register with CollegeAdvisor.com today.

I was pleasantly surprised by the usefulness of the course and learned a lot of information that would inform some of my decisions later on (side note: if there are any opportunities to learn about your school’s resources, such as workshops, career fairs, etc., take them!). One of the most important things I learned was that your major doesn’t define your career. We heard many stories from alumni who majored in something they’re passionate about and still entered a completely different field of work when they graduated. For example, a woman who majored in Celtic Studies (yes, it exists) later became a gym owner. She chose to major in Celtic Studies because she walked randomly into a class one day and fell in love with it.

I never found a major that “I fell in love with”. I like to tell people that I finally chose rhetoric as my major because I thought I might want to do something health related and found rhetoric’s major requirements to be doable on top of the science pre-reqs I would have to take. That is the simplest explanation, but to call it the sole reason would be vastly undermining the influence rhetoric had for me. Let me back up a little. I took my first rhetoric class because one of the speakers for our seminar, a rhetoric graduate, urged us to take this lower-division rhetoric class regardless of our majors. Intrigued by this high recommendation and without ever having known that rhetoric was a field of study, I decided to try it out.

I was very much unprepared for what the class entailed. On the first day of class, we looked at a still from the movie “The Matrix”. By the end of the day, I still had no idea what “The Matrix” had to do with what we were learning. My confusion pretty much lasted the entire course, and the end of the semester found me flipping frantically through our required readings, trying to put together an essay that would at least make some sense. I’ve said previously that I don’t love my major, and it’s true. Don’t get me wrong — I don’t hate my major and there are some courses that I very much enjoyed. But I chose rhetoric mainly because 1) I had miraculously gotten an A in my first rhetoric class, 2) it made me sound smart, and 3) I was panicking because it seemed as if everyone around me already had a major. Over the course of my undergraduate career there were many times when I’ve dozed off in the back of a lecture hall, listening to my professors droned on about Baudrillard or Plato. In the beginning I would even joke ironically with my friends that I had majored in rhetoric only to learn how to fake sounding smart. Most of the classes were so theoretical that it was like trying to follow a slippery thread through a tangled mess; once you lost your train of thought you'd have to start all over again.

And yet, if you could just glimpse the other end, you could be illuminated with a flash of understanding that allowed you, for just one second, to perceive the complexity of the world that surrounds us. It was ultimately my rhetoric classes that reminded me what colleges are meant to be: institutions for higher learning. My classes taught me things I never thought I would learn about, challenged me to think about things I had taken as the norm. My humanities major taught my humility. It showed me that what I know is only a small part of all there is to learn, and it showed me a world that is much bigger than me. In these times when everything is about constant innovation and discoveries, when we are so caught up by our need to know everything, it has made me stop and ponder. It has forced me to follow that slippery thread patiently to see where it will lead.

Let me digress by saying that I had started writing this piece with a very different purpose in mind. I was going to talk about tips for choosing a major, but somehow it evolved into a defense of the so called “unemployable majors.”. The truth is, majoring in the humanities won’t stop you from becoming a computer programmer or a doctor. I got my position as a medical scribe after college due to my volunteering experiences in the health field and because I had taken science classes outside of my major, and being a rhetoric major definitely made me more interesting as an applicant (although I have to admit that it can get tiring when everyone asks you what rhetoric is). What they had told me, in that seminar I took when I had just started college, was true. Your major does not necessarily define your career. But it can definitely influence who you become.

So be patient. Be curious. Take classes outside of your major. Minor in something. Ask upperclassmen about their experiences. Take a math class, even if you’re sure that you hated math in high school. Try out a humanities seminar, if just to take a breather from all the technical courses. College is the time to challenge yourself, intellectually among other ways. What is something that will make you stop and ponder? 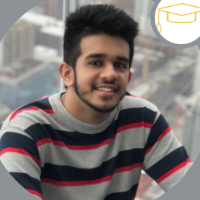