Reading is a great way to supplement your learning and expand your perspective—especially as you prepare for college applications. Check out some of our recommendations for your back-to-school reading list below!

From the canon: The Outsiders by S.E. Hinton

Ponyboy Curtis’ struggle to survive, desire for family, and evolving sense of self feels as current and relatable now as they did when S.E. Hinton penned the story in 1965. Hinton was 16 when she wrote this novel and a junior in high school. Her portrayal of socioeconomic division through rival teen gangs—one working class and the other wealthy—brought a much-needed dose of reality to prevailing images of perfection in American society at the time. Ponyboy is a great example of first-person narration. He's also a well-rounded character who eschews classic conceptions of masculinity—impressive both in the 1960s and now.

If you liked The Outsiders, make sure to watch the film directed by Francis Ford Coppola AND read other Hinton classics like Rumble Fish and Tex.

From our bookshelves: Nothing to See Here by Kevin Wilson

Kevin Wilson's Nothing to See Here follows Lillian, a young woman who receives a call from her estranged high school best friend Madison. Madison asks Lillian to become a nanny for her twin stepchildren, who are lovely, sweet, and completely normal.

Oh, except that they spontaneously catch on fire.

Despite its odd premise, Wilson's novel offers a unique foray into the dynamics of class, heredity, and found family. As bizarre as it is moving, Nothing to See Here is a novel you'll not soon forget.

If you liked Nothing to See Here, you might like The House in the Cerulean Sea by TJ Klune, Such a Fun Age by Kiley Reid, or Dear Edward by Ann Napolitano.

From the canon: Slaughterhouse-Five by Kurt Vonnegut

What do time travel, alien zoos, and World War II have in common? They all feature in Kurt Vonnegut's classic novel Slaughterhouse-Five. At once entertaining and thought-provoking, Vonnegut's Slaughterhouse-Five follows Billy Pilgrim, who is just your average American World War II soldier-turned-time traveler. Told in a non-linear structure, the novel ranges from Billy's experiences as a prisoner of war to his time in an alien zoo on the planet Tralfamadore.

If you love science fiction and struggle with "classic literature," Vonnegut might be just the writer for you. Despite its genre bent, Slaughterhouse-Five speaks volumes about war, violence, empathy, and human nature. It's wild, moving, and deeply fun.

If you liked Slaughterhouse-Five, check out Fahrenheit 451 by Ray Bradbury, Neverwhere by Neil Gaiman, or Invisible Monsters by Chuck Palahniuk.

From our bookshelves: The White Tiger by Aravind Adiga

The White Tiger has gotten some attention lately following the release of the 2021 film adaptation. However, as with so many things, the book is better.

Adiga's 2008 novel offers a raw, cynical, and sometimes hilarious glimpse into the class structures of contemporary India. The novel follows a self-proclaimed "entrepreneur" who works as a chauffeur to a wealthy landlord. Murder and mayhem ensue. Told with wit and dark humor, the novel portrays the lasting impact of globalization on the Indian caste system. Thoughtful, ridiculous, and imminently readable, it's a great introduction to the genre of postcolonial literature.

If you liked The White Tiger, you might like The Yacoubian Building by Alaa Al Aswany, The God of Small Things by Arundhati Roy, or Interpreter of Maladies by Jhumpa Lahiri.

From the canon: Beloved by Toni Morrison

Toni Morrison manages to write a slave narrative, a ghost story, a meditation on grief, and a look at the bonds of family and community all in one novel. This Pulitzer Prize-winning novel tells the story of Sethe, a former slave, who does the unthinkable when faced with capture by a relentless slave catcher. Sethe’s life and family are never the same, and Morrison weaves a tale over decades that powerfully captures the pain and brutality of American slavery while also giving dignity and narrative power to the voiceless. This book asks many questions of the reader, including “What would you do?”

If you liked Beloved, you might like The Water Dancer by Ta-Nehisi Coates, Love by Toni Morrison, or Lincoln in the Bardo by George Saunders.

From our bookshelves: The Underground Railroad by Colson Whitehead

If you remember learning about the Underground Railroad and wondering if it was an actual railroad, then this is the novel for you. Author Colson Whitehead wondered the same thing as a student in school and so penned a novel where an escaping slave, Cora, flees north via a literal underground train system. Whitehead takes Cora through fictional towns loosely based on real, terrifying places and horrific historic events. What you end up with is a picture of America that feels at once current and old and a captivating protagonist whose story lingers even after you finish the book.

If you liked The Underground Railroad, you may also like All the Light We Cannot See by Anthony Doerr, The Nickel Boys by Colson Whitehead, and Kindred by Octavia Butler.

From the canon: Jane Eyre by Charlotte Brontë

While the canon should always be interrogated, some of the classics are classics for a reason. Jane Eyre is one of those classics. If you haven't read Jane Eyre, you might think of it as just another nineteenth-century love story. And, to be fair, it's certainly a love story. However, it's also a story about a mistreated young woman who creates a life for herself and a very bizarre (and, in some ways, quite ridiculous) man who falls in love with her, much to her chagrin.

It's brilliant, beautiful, ahead of its time, and much funnier than anyone gives it credit for. There's a scene where Mr. Rochester pretends to be a traveling fortune-teller just to see if Jane is in love with him—yes, really.

Also: if you have read Jane Eyre but haven't checked out Danny Lavery's article "Texts From Jane Eyre," do yourself a favor. You'll thank us later.

If you liked Jane Eyre, you might like: The Tenant of Wildfell Hall by Anne Brontë, Emma by Jane Austen, or Anna Karenina by Leo Tolstoy.

From our bookshelves: Girl, Woman, Other by Bernardine Evaristo

As the winner of the 2019 Booker Prize, it's no wonder that Girl, Woman, Other has attracted global attention. And for good reason—Evaristo's novel offers an unmatched glimpse into the complexities of identity. The novel traces the intersecting lives of twelve individuals, detailing each one's experience of gender, race, class, and ethnicity in Britain and beyond.

Don't be intimidated by the length—the book isn't so much a novel as it is a series of portraits, each one painted with deep attention to character and humanity. If you're hoping to study literature at the college level, this one's for you. Evaristo's book will prepare you to think critically about how contemporary literature functions and the power that our stories have.

If you liked Girl, Woman, Other, you might like: The Vanishing Half by Brit Bennett, White Teeth by Zadie Smith, or Belonging by Umi Sinha. 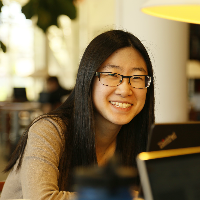